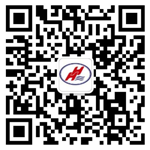 2) Three-position adjustment-it has two given values ​​of upper and lower limits. When the furnace temperature is lower than the given value of the lower limit, the entertainer is fully open; when the oven temperature is between the given value of the upper and lower limits, the actuator is partially opened ; When the furnace temperature exceeds the upper limit given value, the actuator is fully closed. (If the tubular heater is a heating element, the three-position adjustment can be used to achieve different heating and insulation power)

3) Proportional adjustment (P adjustment)-The output signal (M) of the regulator is proportional to the deviation input (e). which is:

In the formula: K ----- proportional coefficient